Did you know that as many as 30 million Americans have been affected by an eating disorder at some point in their lives? This number, provided by the CEO of the National Eating Disorders Association, includes both men and women, despite the popular notion that eating disorders only affect women.

An eating disorder is defined as a severe disturbance in one’s thoughts, behavior, and emotions in regards to food, eating, and weight. Oftentimes, eating disorders are also accompanied by other psychiatric disorders like anxiety, panic or obsessive-compulsive disorder, and alcohol or drug abuse problems. There are three types of eating disorders, such as: 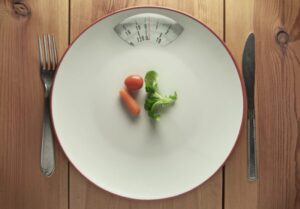 Anorexia is characterized by limiting food intake, a fear of gaining weight or being fat, and problems with body images or denial of low body weight. Signs of anorexia nervosa include not eating enough, exercising obsessively, and being at least 15% less than the normal healthy weight for one’s height.

Binge eating is characterized by frequent episodes of eating large quantities of food all at once. Although this may sound similar to bulimia, the key difference between the two is that individuals affected by binge eating disorder do not purge after binging episodes.

Exercising regularly is healthy and many doctors encourage this behavior. However, exercising obsessively with no regard to weather, illness, fatigue, or injury can indicate you may have an eating disorder.

Again, dieting from time to time is a healthy way to make sure you are eating healthy and controlling your weight. However, there can be a problem when you find yourself being constantly obsessed with weight, food, counting calories, carbohydrates, and fat grams. When your diet is your primary concern over anytime else, including your own health, then you may have an eating disorder.

You Have Strong Emotions Towards Food 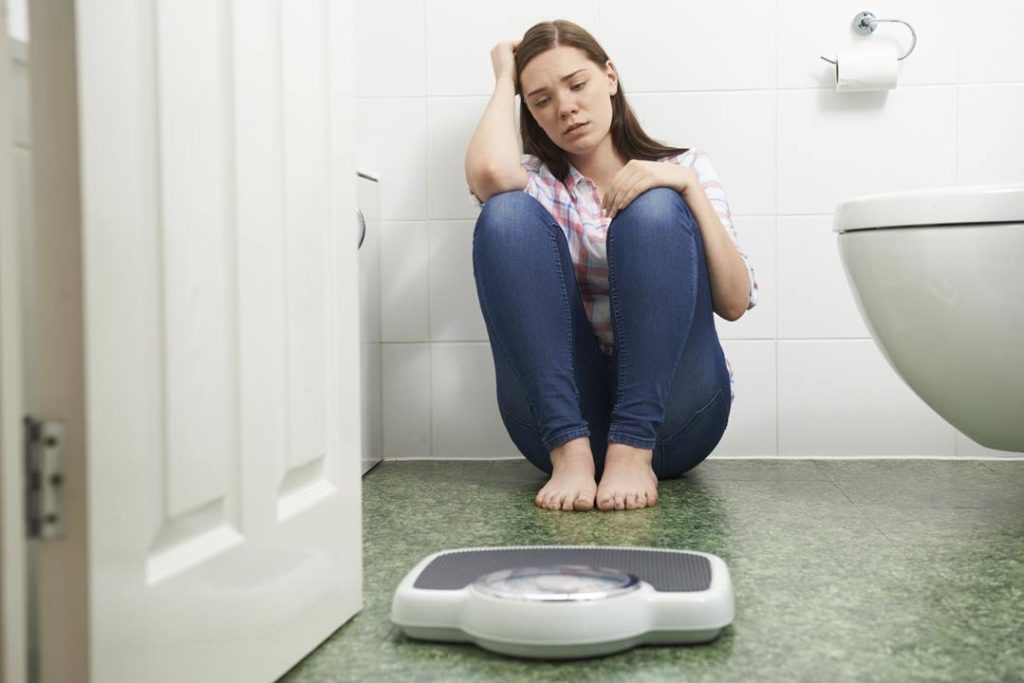 Strong emotions, such as not wanting to eat at all, avoiding certain food groups entirely, and eating too much at one time can all be signs of a possible eating disorder. Oftentimes, these behaviors are also accompanied by feelings of depression, embarrassment, guilt, or disgust.

You Have Low Self-Esteem

Another sign of a possible eating disorder is viewing yourself in a negative light and constantly obsessing about your flaws. In some cases, you may also believe that your self-worth is directly related to your weight.